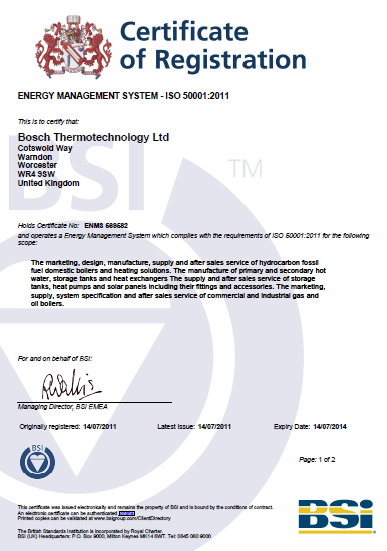 We are proud to be the first boiler manufacturer in the world to have been certified with the ISO 50001 energy management and the first in the UK to receive it via BSI.

This certificate was awarded following demonstration of management practices which resulted in cutting energy costs and greenhouse gas emissions.

The key benefits in achieving the certificate is that it means we are able to :

At Worcester Bosch we have a dedicated recycling department: 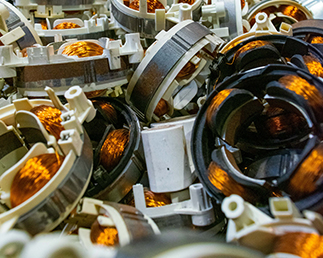 We are constantly striving to reduce our carbon footprint and fuel useage across our premises recently introducing a brand new air handling unit at our HQ in Worcester, which was completed in Summer 2020.

An AHU is a device used to regulate and circulate air as part of an HVAC [Heating, Ventilating, and Air-Conditioning system]. The 4 AHUs on the roof are connected up to a ductwork ventilation system that distributes the conditioned air throughout the factory and then returns it to the AHU. We recover any heat energy from the returned air via a heat recovery wheel which then sends it back to the supply air as required. The previous air handling plant was installed 30 years ago and was inefficient and was causing increasing maintenance problems.

The estimated annual gas cost saving associated with the replacement AHU scheme is £10,000.00. The annual gas energy saved is estimated at 522,000 kWh.

The estimated annual gas cost saving associated with the replacement AHU scheme is £10,000.00. The annual gas energy saved is estimated at 522,000 kWh.

Emissions per capita for the UK currently stand at around 5.4 Tonnes per person per annum, so another way to look at the 306 Tonne saving is that this is equivalent to the carbon typically emitted by 56 Bosch employees in one year.

The above combined carbon saving is approximately equivalent to driving a diesel car over 1.8 million kilometres, or the average emission of one passenger on over 300 return flights from Paris to New York in one year.

We encourage our employees to make some changes to their behaviour whilst on site to protect our future.

We take the view that any positive action, whether it be large or small will make a difference.

Take a look at these below. 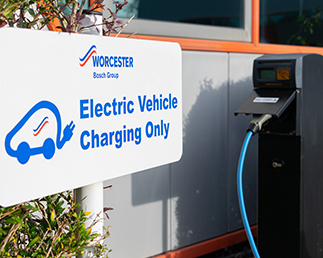 We have a number of electric charging points on our sites for our employees to use for their private cars and our company car fleet, which is moving towards more electric vehicles. We also encourage car sharing and offer additional priority parking spaces for those employees who do this.  Reduction in cars on the road means less congestion, fuel usage and fewer emissions. 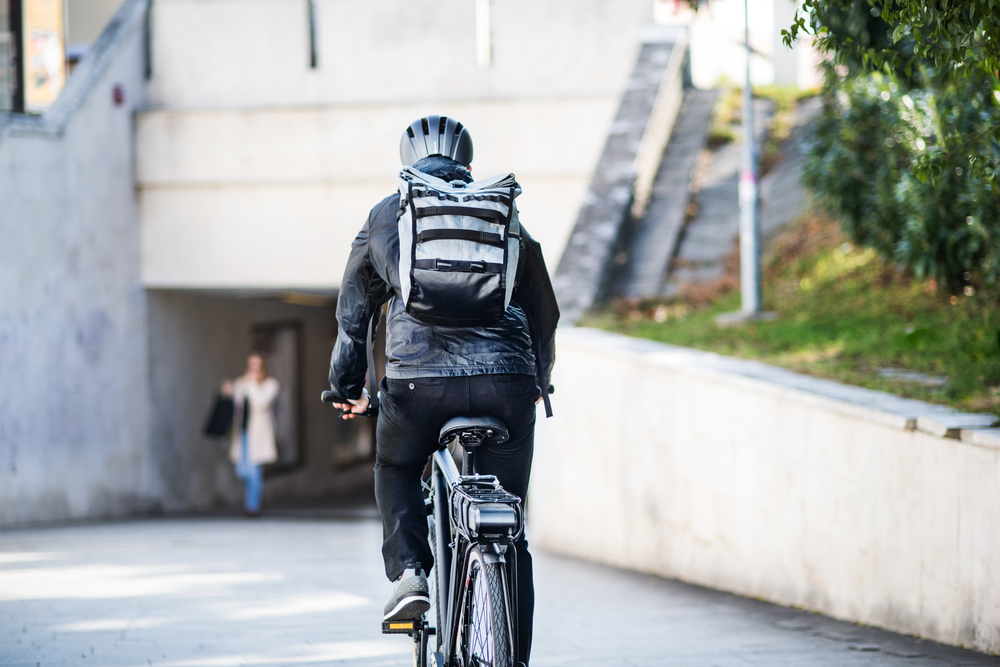 We have a cycle to work scheme encouraging a healthier lifestyle and a reduction in car usage. 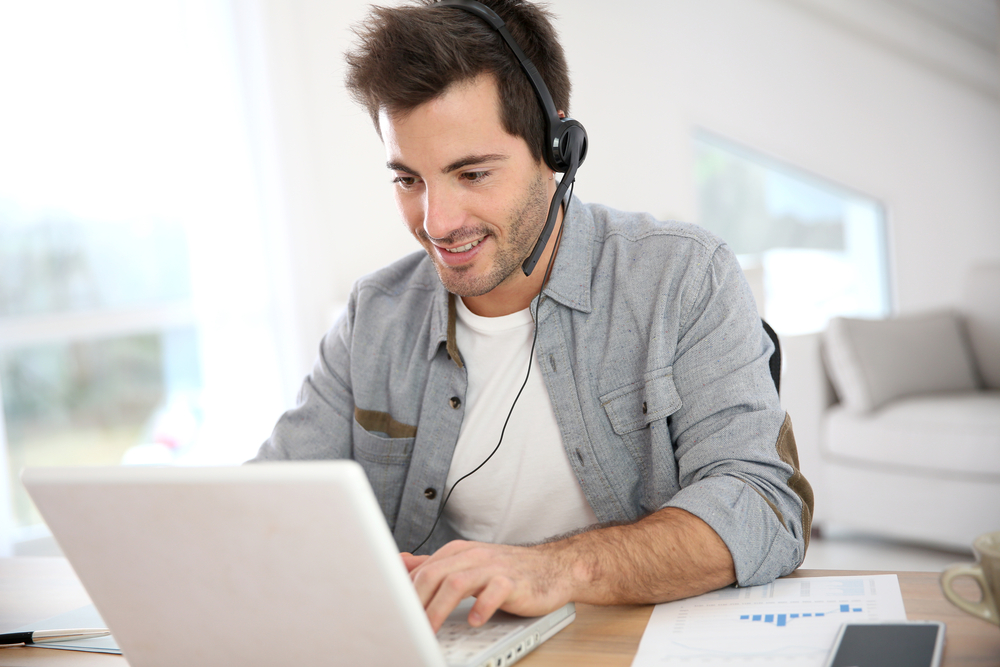 We are more and more conscious, being part of a worldwide organisation, that face to face meetings, where travel is involved, is only authorised when an online meeting won’t enable us to achieve our goals. 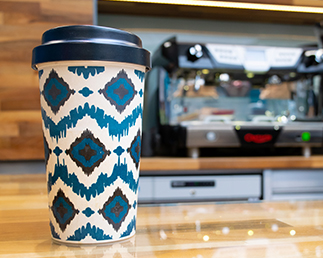 In our on-site cafés we offer a reduction on the price of a hot drink when a re-usable cup or flask is provided. 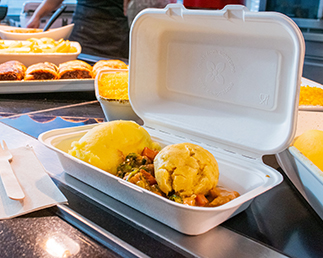 For those that need to take their lunch away from the canteen we have switched from polystyrene boxes to cardboard ones. 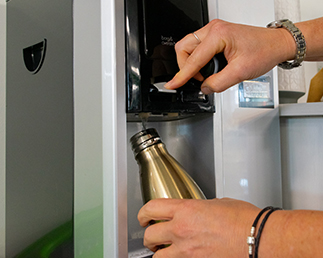 We no longer provide plastic cups for our water dispensers, our colleagues now bring their own glass or water bottle to work. 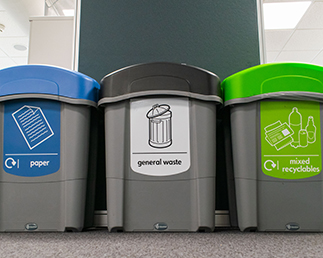 All our offices separate waste before it gets taken away from site to be sorted and recycled. 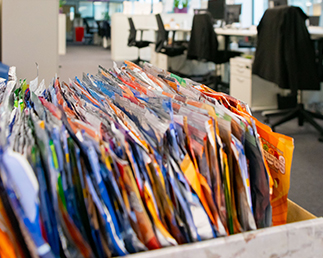 There is a widespread ‘crisp packet' collection – some of which goes to general recycling and some to the crisp packet project, who use the packets to produce Bivvy bags to cover sleeping bags for people living on the streets. 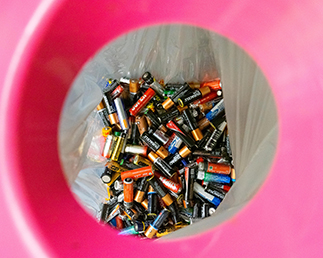 There are collection points for batteries around the building. 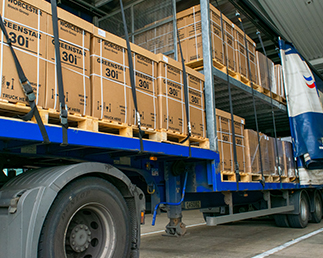 Here are some of the things we do within our distribution and logistics teams: