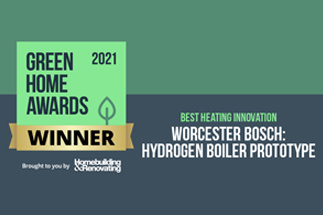 Worcester Bosch is delighted to announce that its Hydrogen Ready boiler prototype has won the award for Best Heating Innovation at the first ever Green Home Awards.

Unveiled in early 2020, the 100% hydrogen Ready prototype has been regularly showcased by Network Providers, BEIS officials and key opinion formers as best-in-class practical evidence of how to achieve net zero. It has also been presented to a number of high profile stakeholders in the UK - including the Chancellor, the All-Party Political Group for Hydrogen and the Committee on Climate Change - to show how hydrogen can replace natural gas fired heating system for a greener future.

The prototype has also been pivotal in a number of ongoing high-profile trials and demonstrations including the ‘HyStreet’ project in Northumberland and the more recent ‘Hydrogen House’ demonstration in Gateshead.

The boiler itself is constructed and functions similarly to natural gas predecessors, making it clear how it could be a practical, cost-saving solution for the Government’s net zero targets as well as UK homeowners.

The boiler can run on Natural Gas until Hydrogen becomes available and then converted to run on Hydrogen with just two or three components. With the boiler market run rate being at around 1.7m annually this means hydrogen-ready boilers could very quickly be placed in homes across the country, helping the UK become more equipped to meet 2050 targets for a more sustainable future.

Martyn Bridges, Director of Technical Communication & Product Management at Worcester Bosch, said; “Since we opened our hydrogen lab in 2017, our research and development team have been hard at work to creating a Hydrogen Ready prototype that can be used by the masses and help meet our Net Zero 2050 targets. The fact that this prototype has been recognised as a key innovator towards green housing is testament to the amazing work and commitment they’ve put in over the years.

“We do believe that our hydrogen-ready prototype will help pave the way for a hydrogen future in the UK, ensuring that homeowners continue to receive the heating and hot water they need, with zero carbon offset to the environment.” 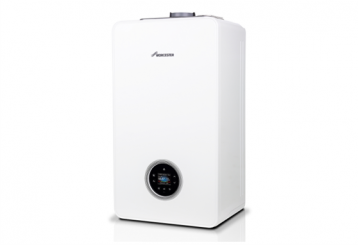 As a business we are continuously innovating and investing to reduce our impact across the globe, our brand new Greenstar 4000 boiler series now has 100% recyclable packaging, and of course still comes with all of the reliability and performance you’d expect from a Worcester Bosch boiler. 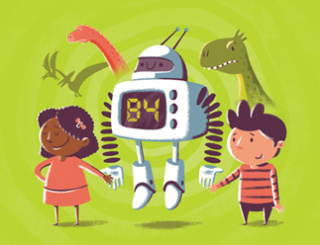 Find out about our new children's book "A Robot Called B4" launching today to inform children on the importance of sustainability.