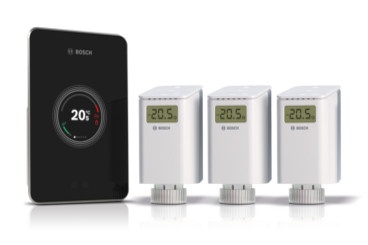 The Bosch EasyControl, which replaces the Worcester Wave internet-connected control, is our first generation of smart heating and hot water controls with zoning capability — allowing users to change and control temperatures in different rooms of the house.

The zoning technology works when paired with Bosch Smart TRVs. Once fitted the Bosch EasyControl can split rooms, such as the kitchen and living room, into separate “zones”, all of which can be heated individually via the EasyControl app. Each “zone” can have several time-controlled settings per day, with different times for every day of the week.

Not only does the Bosch EasyControl meet the time and temperature requirements outlined in the Boiler Plus standard, it meets three of the four additional energy-saving measures listed.

The control also qualifies for a 5% system efficiency uplift under the ErP guidelines when fitted with a minimum of three Smart TRVs, or 4% without Smart TRVs. By taking the temperature from two or more different parts of the house, the control is able to accurately set the boiler flow temperate as low as possible while still providing the required room temperature.

Additional energy-saving features available on the app include: load and weather compensation; on-screen displays that monitor humidity and energy usage; and presence detection, which is able to monitor an occupant’s proximity to the home, and update comfort levels accordingly.

All data is kept on the device, which minimises any security risks associated with cloud storage. This also means that the control can continue to work, even when offline.

The hardware itself is designed to fit easily via a wall-mount, which is also interchangeable with an existing Wave installation. The modern interface features a full-front, glass touchscreen, digital colour display, metal-effect framing detail, ambient backlighting, and is available in two colours. 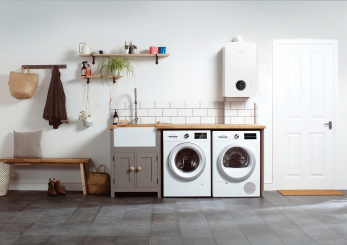 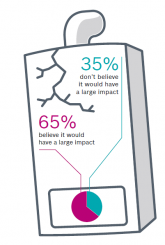 New survey from Worcester Bosch reveals what Britons look for when selecting an installer. Find out more here. 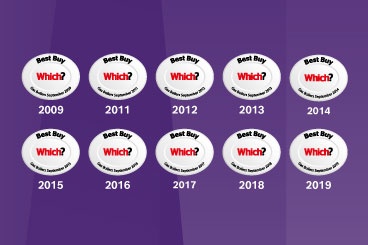 Worcester Bosch named Which? Best Buy Boiler Brand in the UK for the 10th time

Worcester Bosch is today delighted to announce it has become the first boiler brand to have been awarded the Which? Best Buy endorsement ten times since 2009.